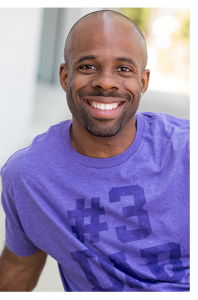 From a young age, Arnell has been drawn to storytellers, joke tellers and imitators. He felt the stories that were conveyed by the artists he admired on a deep level, whether it was Michael Jackson’s isolation, Boys to Men’s over sensitivity, or Fonzie’s big hearted cool! All the world was his stage including, and much to the chagrin of many a schoolteacher, most of his classrooms!

Throughout his youth, the unstoppable desire to reach out and touch others with his own humanity burned from within. He went on to study acting at the undergraduate level, and continued his training at the very prestigious NYU Graduate Acting Program, where he came to know acting as a powerful instrument for reconciliation and healing.

Though he’s had the chance to play countless roles throughout his career, the ones that hit him deepest were the characters who struggled against tremendous inner flaws, fears and failings to do better and reach higher than themselves, and roles that explore relationships that struggle to come together despite all the odds. The awkward, the neurotic, the vulnerable, the desperate. These make for great drama AND hilarious, relate-able comedy!

To date, Arnell has had the pleasure of working with and learning from such behemoths of the business as Danny Glover, Savion Glover, Roger Guenveur-Smith, Andre Braugher, Michael Chiklis, Patrick Stewart and others.

“Arnell Powell possesses one of those rare gifts: an ability to blend training with natural talent and make it look seamless.”

“An extremely versatile and imaginative actor, Arnell moves through the characters he plays with a freedom and breadth of scope that leaves those who see his work exhilarated by the performance, challenged by the characters, and illuminated by the discoveries he presents.”